The total accounts for the denotification of four previously-confirmed cases.

This afternoon, there were 1,975 COVID-19 patients in Irish hospitals with 200 people in intensive care with their symptoms.

He said the increase in hospitalisations is not down to any change in the virus itself but to the much greater levels of community transmission the country is experiencing.

“Please continue to stay at home and drive down this infection in our community.” 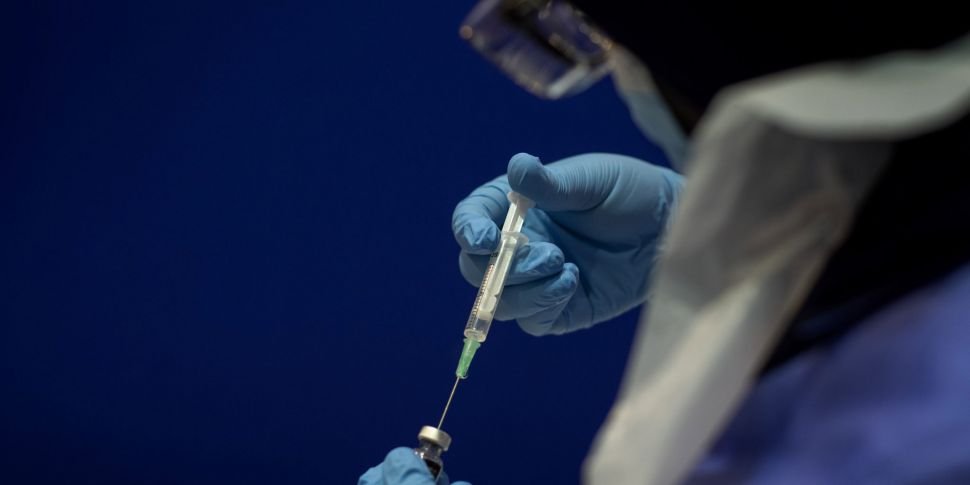 She said all the reports were generally consistent with those typically found in any vaccine rollout and “included events of a mild to moderate nature which resolved or were resolving at the time of reporting.”

“Among those most frequently reported were abdominal pain, nausea, fatigue, joint pain and pains in the arms, some experience of dizziness, headache, itching and a rash,” she said. “All consistent with the known and anticipated side effects as emerged during the clinical trials.

“While the relatively mild effects described are of course uncomfortable for those who experience them, they do pass quickly and generally do not require any medical treatment.”

Of the cases announced this evening, 753 are in Dublin with 236 in Cork, 142 in Wexford, 126 in Kildare, 109 in Limerick and the rest spread across all other counties. 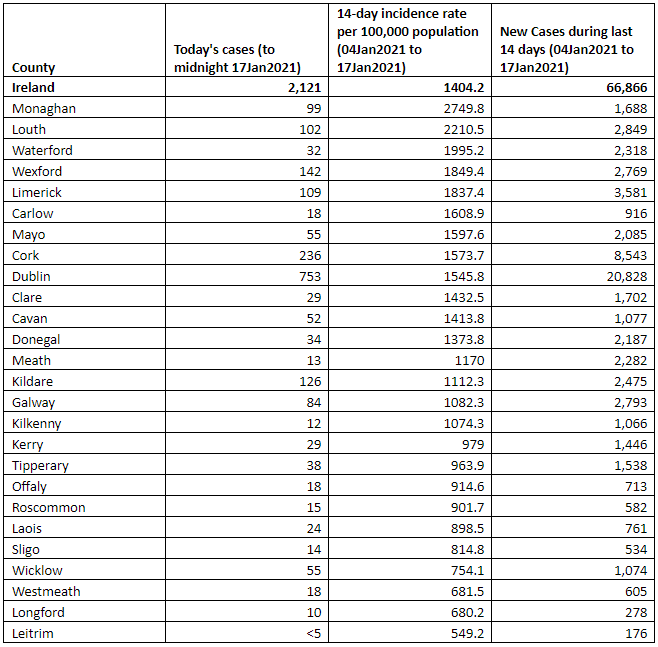 The 14-day rate of coronavirus across the country. Image: Dept Health