The rapper Coolio has died at the age of 59.

His manager says he was visiting a friend's house in Los Angeles when he apparently suffered a heart attack.

They say the US artist, whose real name is Artis Leon Ivey, will be "missed profoundly." 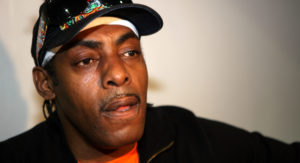 Actress Michelle Pfeiffer is among those paying tribute to Coolio, saying she's "heartbroken" to hear of his death.

He was best known for his 1990s hit, Gangsta's Paradise, which was featured in her film of that year, Dangerous Minds.

Music journalist and former Deputy Editor of NME, Eve Barlow, says he won a grammy for the song and became a "global icon";

"I think if you were making a 90s playlist of the biggest rap songs, the most impactful hip hop anthems of that era, Gangsta's Paradise would be up there."