Cabinet has approved new COVID-19 restrictions which will see full level five measures in place for "at least" one month.

Primary and secondary schools, which had been due to reopen on January 6th, will remain closed until January 11th.

The new plans are aimed at slowing the spread of COVID-19 amid a "toxic and unprecedented level of scenarios" which have emerged as a result of the increase in cases.

It comes as a record 1,718 new cases and 13 further deaths were confirmed in Ireland today.

Non-essential retail will be closed, as will gyms and leisure centres, from the close of business tomorrow.

From midnight, there will be a ban on all household visits except for essential care.

Additionally, travel will be limited to five kilometres from your home.

Six people will be permitted to attend weddings, while ten mourners may attend funerals. 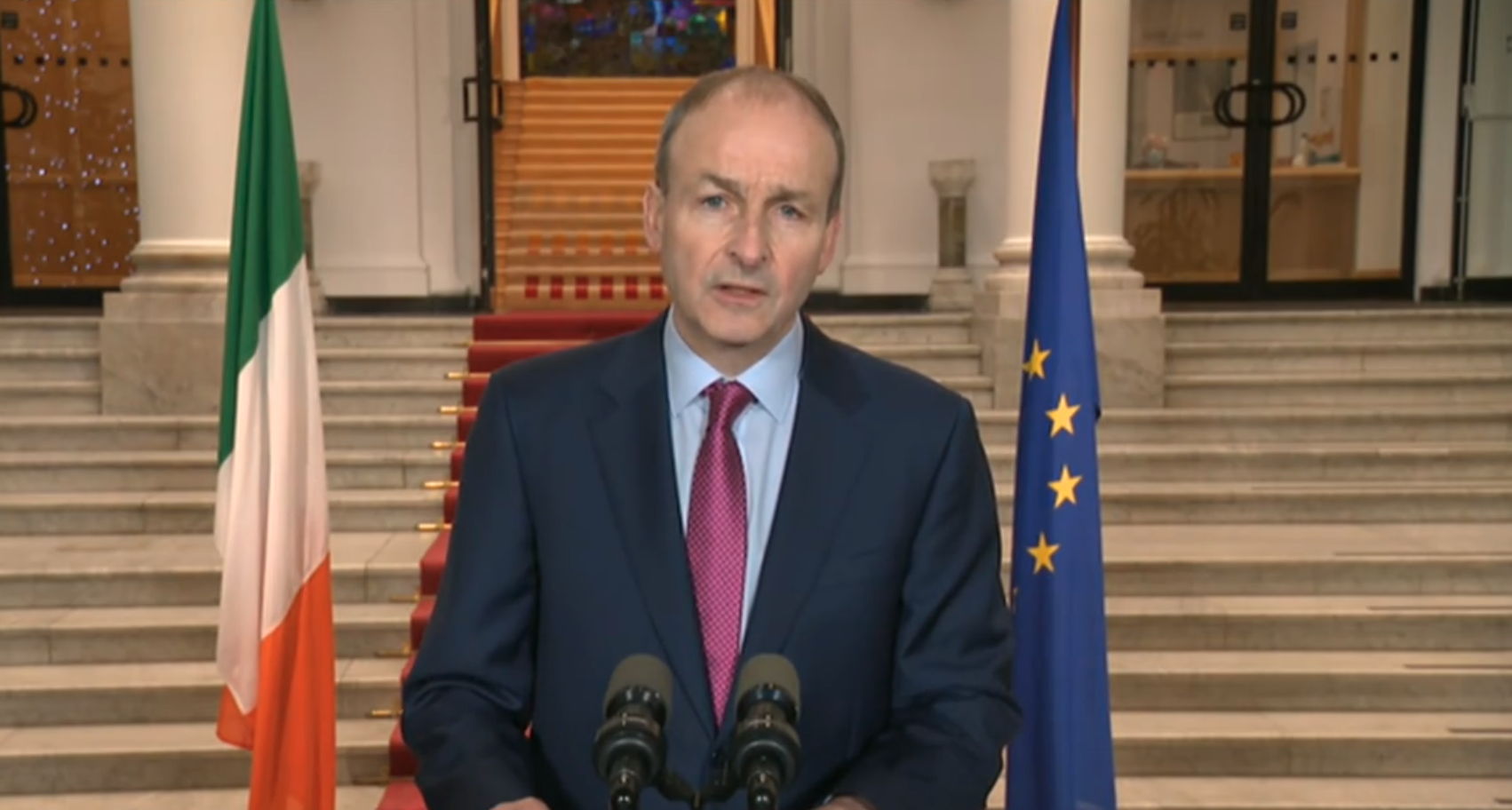 In a televised address to the nation, Taoiseach Micheál Martin said strict new measures were urgently needed as the spread of the virus had "surpassed the most pessimistic models available to us".

He said the current situation "is extremely serious" with the case numbers expected to "deteriorate further over the coming days".

Mr Martin added that since the arrival of the new strain of COVID-19 in Ireland, "now is not the time for nuance in our response".

The Taoiseach said that it is still the view of public health officials that schools are safe, and explained why the reopening schools is being delayed.

"By extending this break by three days, the new restrictions I am announcing this evening will be in place for more than ten days when schools reopen," he said.

"Families will have had an opportunity to ensure that their contacts are minimised before children return to school."

Meanwhile, the moratorium on evictions will be reintroduced from midnight.

Housing Minister Darragh O'Brien said the move was as a result of the return of five kilometre restrictions on people's movements.

The Minister also said he is working on a package to cover commercial rates waivers for affected businesses for early next year.

He stated: “This legislation gives tenants clear legal protections by effectively stopping evictions for the period of duration of 5km travel restrictions and by adding a further ten-day grace period to allow people to find new accommodation in the very small number of cases in which this may be necessary.

“These additional restrictions are very disappointing for business owners across the country having to shut their doors once more.

"Having worked closely with Tánaiste Varadkar and in consultation with the Taoiseach we agreed that a commercial rates waiver would offer struggling businesses some relief."

Fugitive On The Run From Lithuania Arrested In Dublin