There have been 16 further deaths related to COVID-19 and 543 new cases confirmed this evening by the National Public Health Emergency Team (NPHET).

Three deaths occurred in March, 12 in February, and one in January.

The latest figures bring the total amount of cases here to 226,358, while the number of coronavirus-related deaths stands at 4,534.

Regarding the nationwide distribution of cases, 235 are in Dublin, 50 in Kildare, 39 in Donegal, 31 in Meath, 28 in Galway and the remaining 160 cases are spread across 20 other counties. 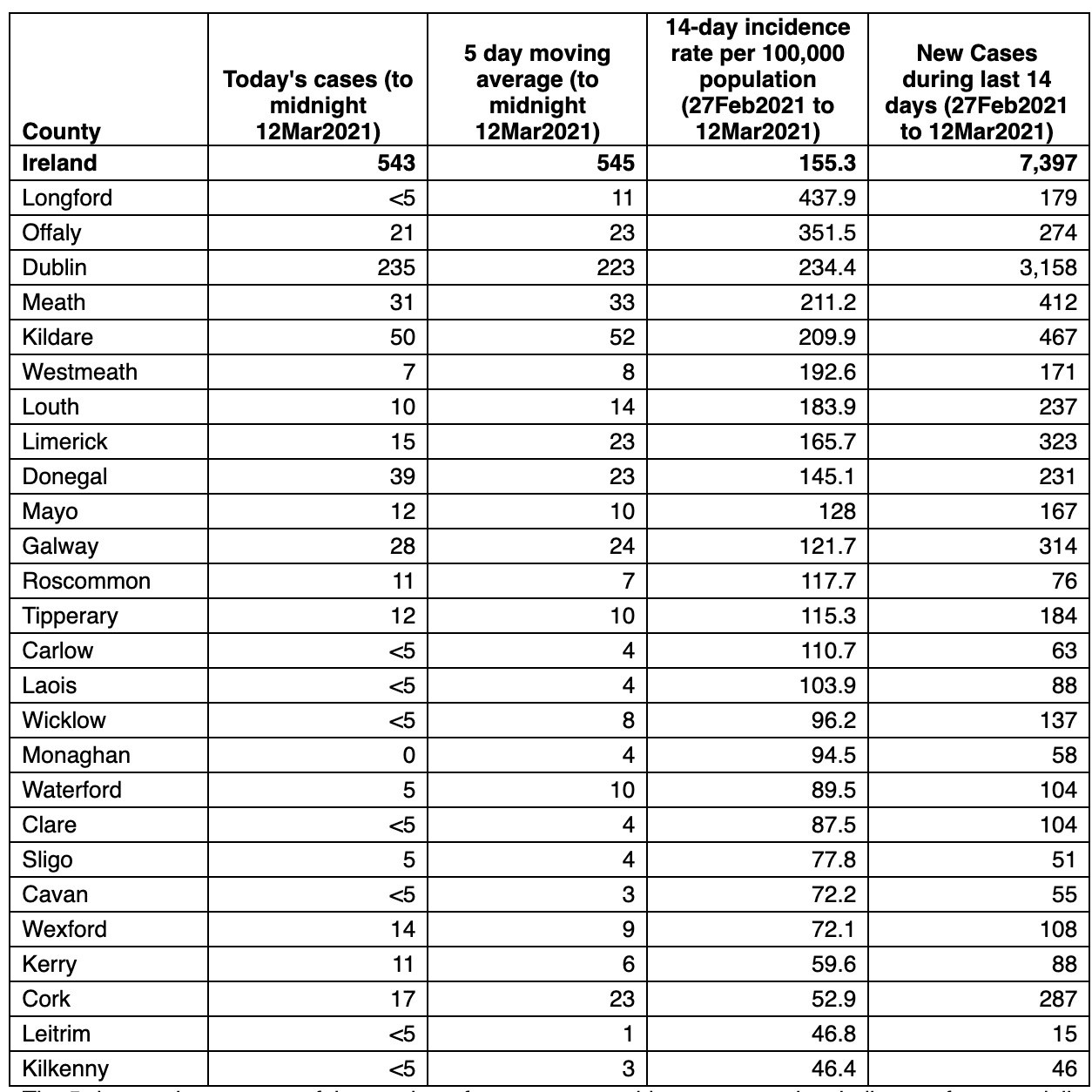 As of 8am today, 340 people are now receiving treatment in hospital for the virus after 15 new admissions in the past 24 hours.

Of those patients, 85 are in ICU, down from 87 yesterday.

It comes as it was revealed that Ireland will get 45,000 fewer AstraZeneca doses than planned in the first quarter of the year.

The company has again revised down its targets for EU delivery.

AstraZeneca has cut its planned EU delivery for the first quarter of the year to 30 million doses, around a third of what was initially promised.

Senior sources involved in the roll-out of the vaccine say it will be very disruptive for the programme towards the end of March.

However, this week the government was told it's getting 46,500 extra Pfizer doses this month - almost exactly making up the shortfall for AstraZeneca.

Last night the Taoiseach spoke to the CEO of AstraZeneca, and he intends to raise the issue of vaccine supply with US President Joe Biden next week.