More than 650 people have been arrested on suspicion of drink or drug driving since Gardai launched their Christmas Road Safety Campaign.

Last Christmas, Gardai arrested almost 1,050 people who were suspected of driving under the influence of drugs or alcohol.

Since the Xmas Road Safety Campaign began in Nov, 650+ drivers have been arrested on suspicion of intoxicated driving. Garda presence will be increased on roads over Christmas.

Gardai say they will have an increased presence on the roads over the festive period.

They are reminding drivers to never get behind the wheel while intoxicated. 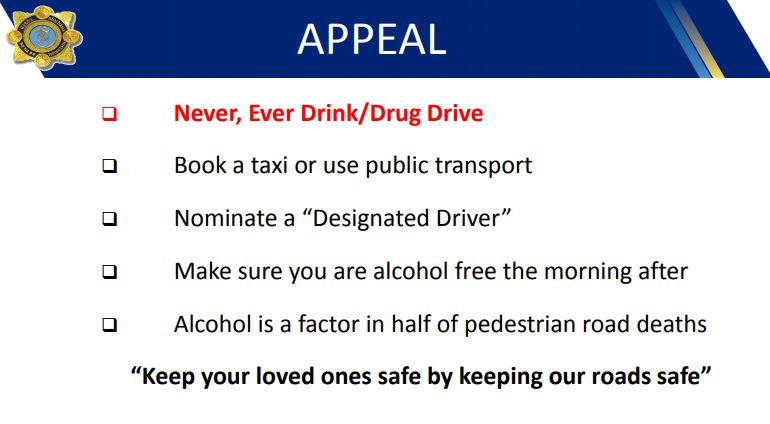